The Festival of Whales Parade kicks off the two-weekend celebration of the California Grey Whale migration. The parade embraces the Festival’s theme of Magical Migration with parade floats and entries decorating in an ocean/whale theme and costumes. Giant helium parade balloons of a Blue Whale, Orca, and many other sea life creatures fill the air overhead during the parade. The parade promptly begins at 10 AM with a new route beginning at the island side of Island Way and then proceeding over the Island Way bridge, then right on Dana Point Harbor Drive and ending at Golden Lantern and Dana Point Harbor Drive. Come early and enjoy breakfast in the harbor. If you are interested in having an entry in the parade, please contact Sherry Murphy, Recreation Manager at the City of Dana Point (949) 248-3533 or smurphy@danapoint.org.

This event is weather permitting. If canceled, no make-up date will be arranged. 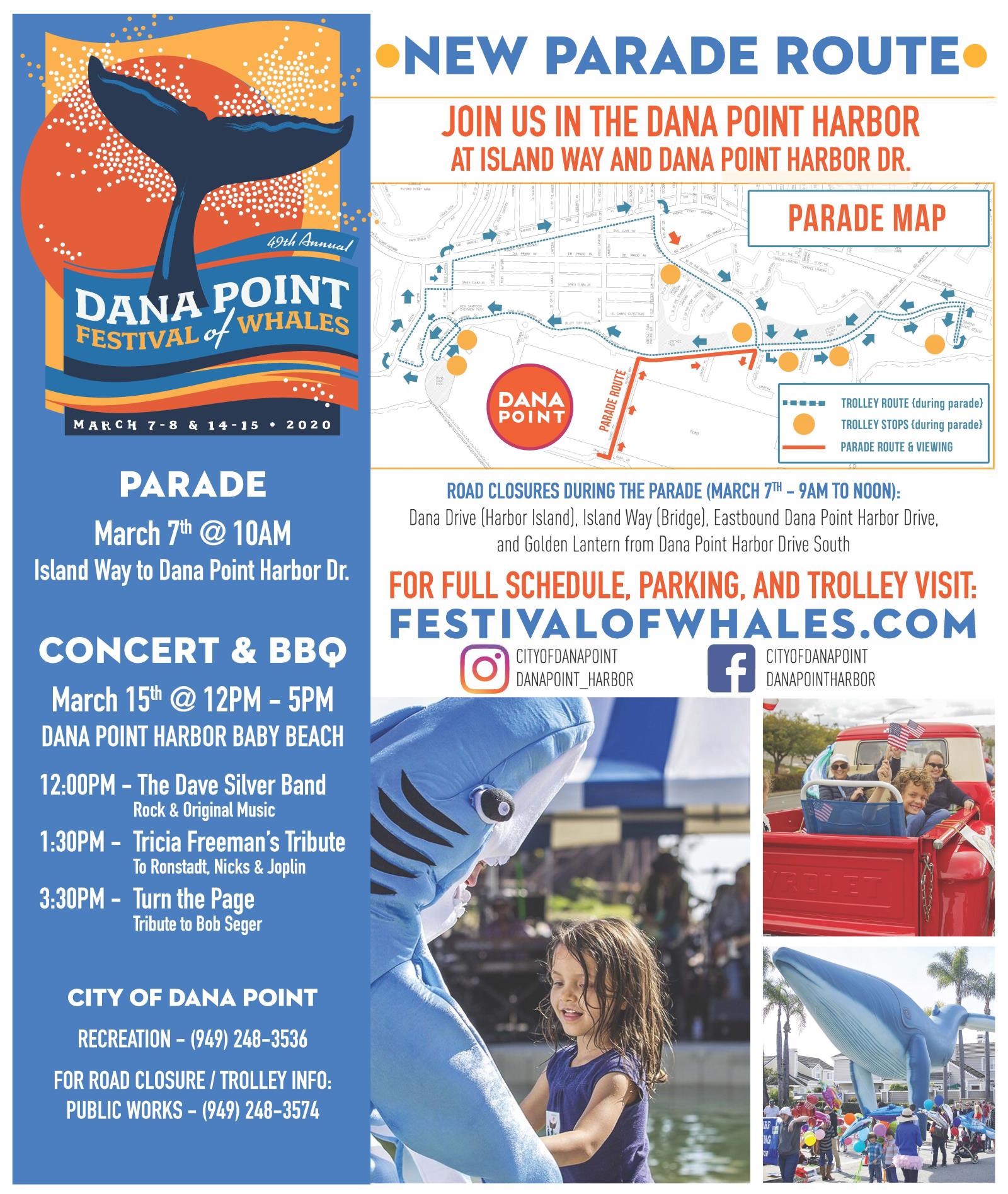